From Prohibition to the integration of drugs.

As of today, most countries condemn and prohibit the production, distribution, purchase, sale, possession and use of the cannabis plant for recreational and medical purposes.

However, the legal regimes in this regard vary throughout the last years in different areas of the planet. Several countries have begun to legislate in an alternative way to prohibitionism.

Despite the creation of punitive international framework around drug policy, the reality is that norms around cannabis vary widely from country to country, and even differ within them. Some countries have preferred more stringent models, using criminal law to sanction possession and consumption.

The Dutch experience is, without a doubt, a pioneer in this type of policies contrary to prohibitionism. Since 1976, the de-facto criminalization of cannabis use in the Netherlands has ceased. The system of coffee shops as centers of sale and consumption regulated by the state has been successful, with more than a thousand establishments registered. And although it has not been reached a general legal decriminalization, if a decriminalization has in fact prevailed, especially soft drugs. Policies of controlled regulation, but above all harm reduction, are appreciated in the Dutch experience.

The experience that the European Union has accumulated for some years has allowed it to move towards policies that prioritize the prevention of consumption and addictions with a proper approach to public health and not as a problem of the penal system.

Under prohibition, there are no quality controls or sale of standardized doses, which has led to high levels of mortality due to overdose or poisoning due to drug use.

Legalization would lead society to learn to live with drugs, as they have done with other substances, such as alcohol and tobacco. The social learning process is extremely valuable in order to reduce and internalize the negative effects that derive from the consumption and abuse of certain substances.

There is still much to discuss and at Centro Fox we will have specialists, scientists, academics and researchers and businessmen who will communicate why we need a paradigm shift.

CannaMexico 2018 will take place on May 30 and 31 of this year.
We invite you to be part of the watershed in this avant-garde industry in Mexico in 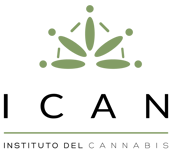 Artículo de interés: What can we learn from the Dutch cannabis coffeeshop system?