Cannabinoids in cancer and palliative care

According to WHO statistics in 2015, 8.8 million deaths were attributed to different types of cancer. The disease is explained as to the uncontrolled division of abnormal cells from possible invasion of nearby organs. The dissemination can be via blood and through the lymphatic systems, so it can contaminate different parts of the body. There is a difference in the types of cancer that affect men and women, but it does not distinguish between race, age or gender; although clearly environmental, social (psychological) and genetic factors may vary the predisposition and risk of development.

Cancer is one of the leading causes of death worldwide, since the current lifestyle leads to a sentence of poor quality of life and sometimes premature death; the statistics show the increase of tumor developments, fatal in many cases. There are many risk factors that can trigger the spread of malignant cells: canned food, meats, fried foods, exposure to radiation, daily stress, smoking and / or alcoholism. In summary, the sociocultural aspects of consumption are mostly carcinogenic.

The therapy for cancer is ideally integral due to the side effects that usually occur, from the disease itself or derived from chemo and radiotherapies; these range from nausea and vomiting, cancer pain, insomnia, loss of appetite and / or depression.

It is essential that the cancer patient carry out habits that contribute to their well-being. Caring for emotions, food and exercise are the tools that will help the treatment, be it surgical treatments, radiotherapy and / or chemotherapy as the case warrants.

• CANNABIC MEDICINES IN THE MARKET •

In 1985 and 1986 the FDA approves the compounds Nabilona and Dronabinol (synthetic cannabinoids analogues to THC) as drugs to treat nausea caused by chemotherapy.

Additionally, these drugs are used to help in analgesic therapy for cancer patients or those suffering from neuropathies, insomnia, and also to stimulate the appetite and as an anxiolytic.

Being analogous compounds, there is registration for purchase in Mexico, so in an exercise to know about its accessibility, it was searched in different pharmacies in Mexico City, where it appears to be in the list of inventory products; no stock or orders, since doctors do not prescribe them.

Due to the lack of effective drugs to treat cancer patients and the strong and aggressive side effects produced by allopathic drugs, the interest in alternative therapies has increased and the trend continues. Marijuana oil or RSO (Rick Simpson Oil), released by activist Rick Simpson who popularized a simple extraction technique, is now one of the artisan remedies that has gained great interest among patients eager to access medical benefits of cannabis. 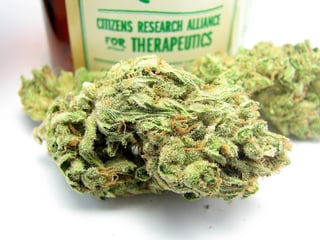 Thanks to the scientific advances that have been made, particularly in Spain, specifically in the Compluténse University of Madrid, where a group led by the biochemical doctor Manuel Guzmán, who chairs the board of directors of the International Association of Cannabinoid Medicines, important steps have been achieved in the investigation of cannabinoids and their different levels of action against cancer. He and his team have investigated the therapeutic potential of cannabinoids in cancer, mainly Glioblastoma and breast cancer, however, there are studies in a wide range of cell lines, including prostate, liver, pancreas, melanoma, lung, leukemic cells; and some others in which interesting mechanisms relating to pro-apoptotic and similar anti-proliferative processes are described, in the inhibition of tumor angiogenesis (formation of blood vessels); thus proposing cannabinoids as antitumor agents.

The pro-apoptotic effect exerted by cannabinoid receptors has been studied in different cell lines, some of which coincide in pathways and could lead the cell with DNA damage (carcinogenic) to its autophagy and apoptosis (cell death), which would happen under conditions normal. The cause of cancer may be alterations in these pathways.

The signaling pathways of cannabinoid receptors to function as pro-apoptotic agents, coincide in several cell lines and mechanism of action, thus promoting an action in the increase of caspases and ceramides or in the stimulation of stress in the endoplasmic reticulum, which it favors the positive regulation of p8 / TRB3 and thus induces autophagy as indicated by this study carried out in 2009 in Spain.

The CB1 and CB2 receptors have been the most studied, but recently other receptors have been found which are called "orphan receptors". GPR55 is one of them and has an affinity for some cannabinoids, for example by CBD, which also have an important role in cell proliferation in cancer through the Lisofosfatidilinositol pathway.

Another important factor in the evolution and spread of cancer (metastasis), is the process of angiogenesis, since by forming blood vessels in these areas, tumors feed and grow. Thus it is possible to spread to other organs through the blood.

As other articles suggest, cannabinoids are involved in the reduction of pro-angiogenic factors such as endothelial growth factor (VEGF) and metalloproteinases (MMPs) that are involved in blood vessel formation processes and in migration, adhesion and invasion. of tumor cells in other organs.

Many of these studies were conducted in experimental animals, so many doubts persist about the use of cannabinoids; specifically phytocannabinoids as antitumor agents. However, the positive effects reported during treatments based on the cannabis plant in oncological patients may suggest that speculations about obtaining the same antitumor effects that are shown in investigations with experimental animals are correct. 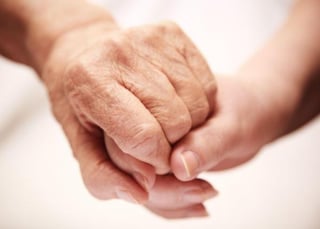 Cancer patients seeking marijuana oil rich in phytocannabinoids use it to treat oncological pain, nausea, vomiting and neuropathies caused by chemotherapy, according to an article published in the Canadian Oncology Gazette, which concludes the The use of cannabinoids as a palliative in some symptoms of cancer patients.

Oncological pain occurs in approximately 64% of patients with advanced stage cancer. Half of them experience moderate / intense pain and the conventional analgesic treatment for them is based on opioids, central nervous system depressants.

Tolerance to these substances is rapid, which leads to high risks of drug dependence and users experience a long list of side effects in chronic use, also includes the risk of overdose. On the other hand it is reported that 64% of a population with cancer pain under cannabis treatment, reduced the dose of opioids, thus reducing the side effects of opioid treatment without altering respiratory depression, when it was evaluated through oximetry, cites the article from Chicago.

It is concluded that after reviewing several articles published on the effect of cannabinoids on cancer processes, the uses given to the symptoms caused by chemotherapy and the few side effects that occur, cannabis could be a therapy very effective alternative to offer oncological patients providing them with a better quality of life and in the most advanced cases to provide a dignified death.

This article is courtesy of: www.cannapeutas.mx

Let's release the potential of an industry in Mexico.