The closure of CannaMexico World Summit 2018 invites the opening of drug regularization.

Among dialogues, regulatory proposals, medicinal products, abstract art and sativa plants, the CannaMexico World Summit successfully closes before an expectant audience to the regularization of cannabis in Mexico. In charge of international experts of the industry and some cases of personal experiences with the use of cannabis and its respective legislation, the key points of this potential industry were presented. 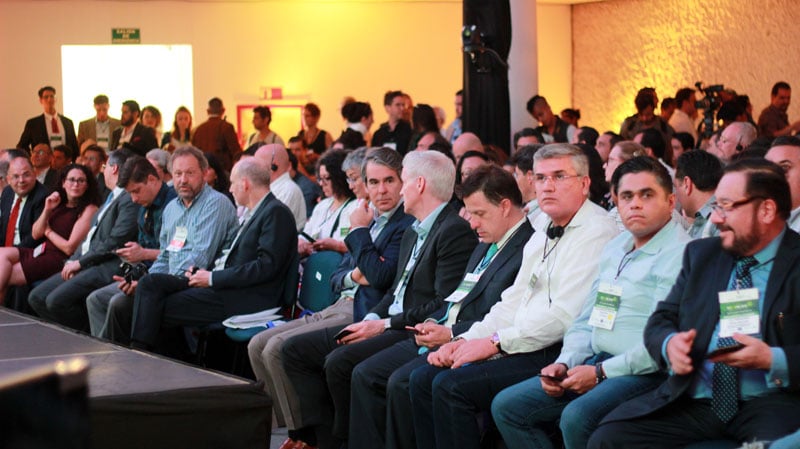 Dr. Inbar Maymon Pomeranchik, Israeli scientist and investment consultant in biotechnology, shared during her talk about the impact of cannabis on research and auditorium development, confirming that the technology in cannabis investment concluded that the medical industry is not a risk but an opportunity. "I have studied for several years, and now I'm helping investors in Israel and other countries to tell them what the new technologies are, and what can be done with cannabis", she said. Thus, he mentioned that this plant has been in therapeutic use for more than 200 years, so it should not be strange to legalize it for medical and scientific purposes, where constant tests and in-depth analysis of individual cases are required. "The pros and cons will be announced when the scientific investigations are finished (...) We have 17 related laboratories with university that investigate how cannabinoids help diseases such as cancer, epilepsy and other pathologies". 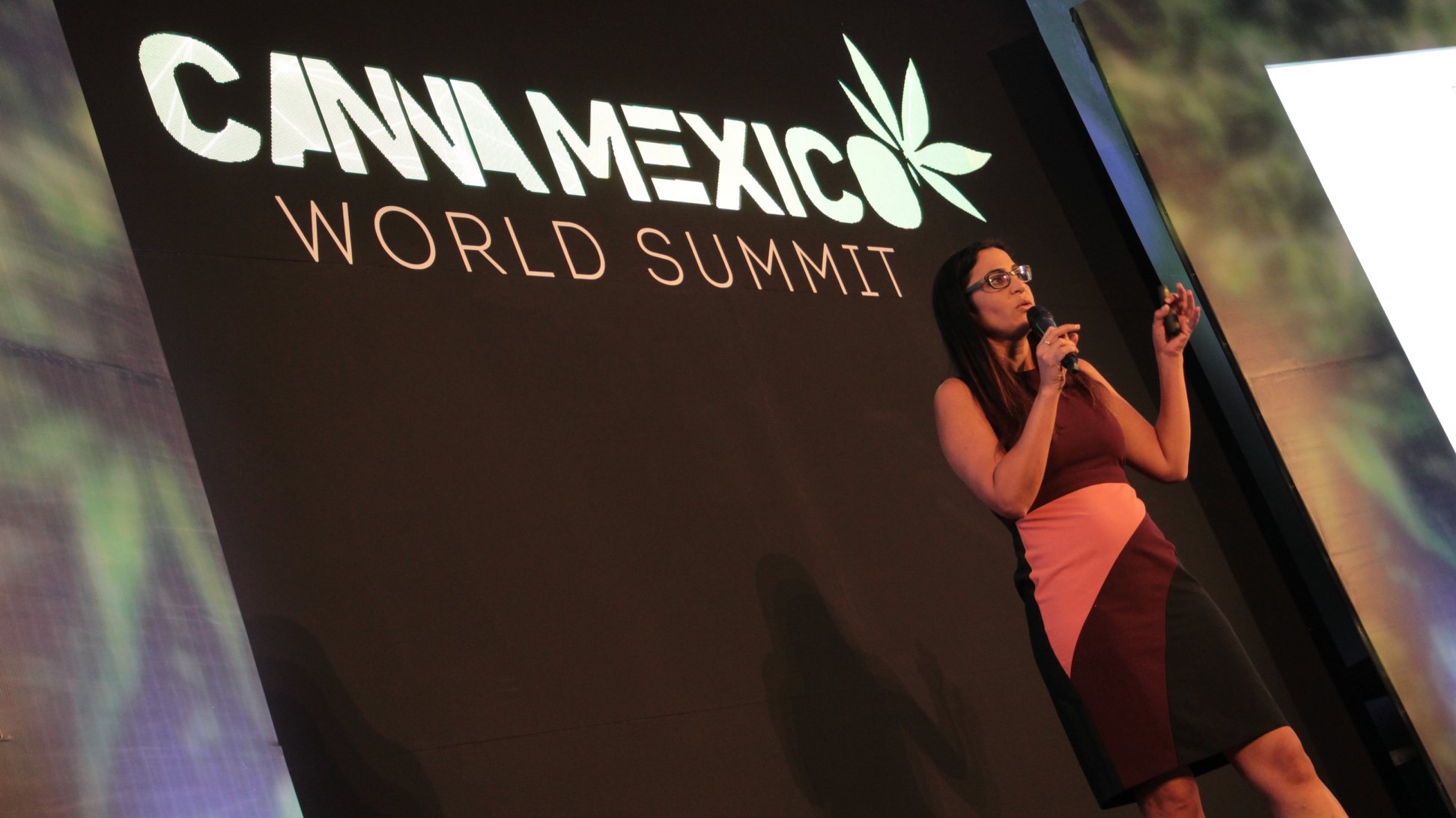 We firmly believe that legalization is a sensitive issue that must be regulated in its entirety, leading us to have control over an aspect that will change the perspective of Mexico and Latin America.

Dr. Danial Schecter, co-founder of the Cannabinoid Medical Clinic (CMClinic) and Dr. Maria Fernanda Arboleda, medical advisor of Khiron Life Sciences Corp., commented on how legalizing in Canada has being a clear example of success of the regulation, mentioning that "currently Canada has 104 Cannabis producers, all these producers have very high quality standards because Helath Canada is very strict with this regulation". Dr. Arboleda mentioned that the success in medicinal cannabis patients is due to the acceptance of doctors in prescribing and monitoring results, informing patients according to their individual case, without the intention of drastically deforming the medicinal culture. "Cannabis is not the miracle drug," she said. "It is integrated as help to what the patient takes." 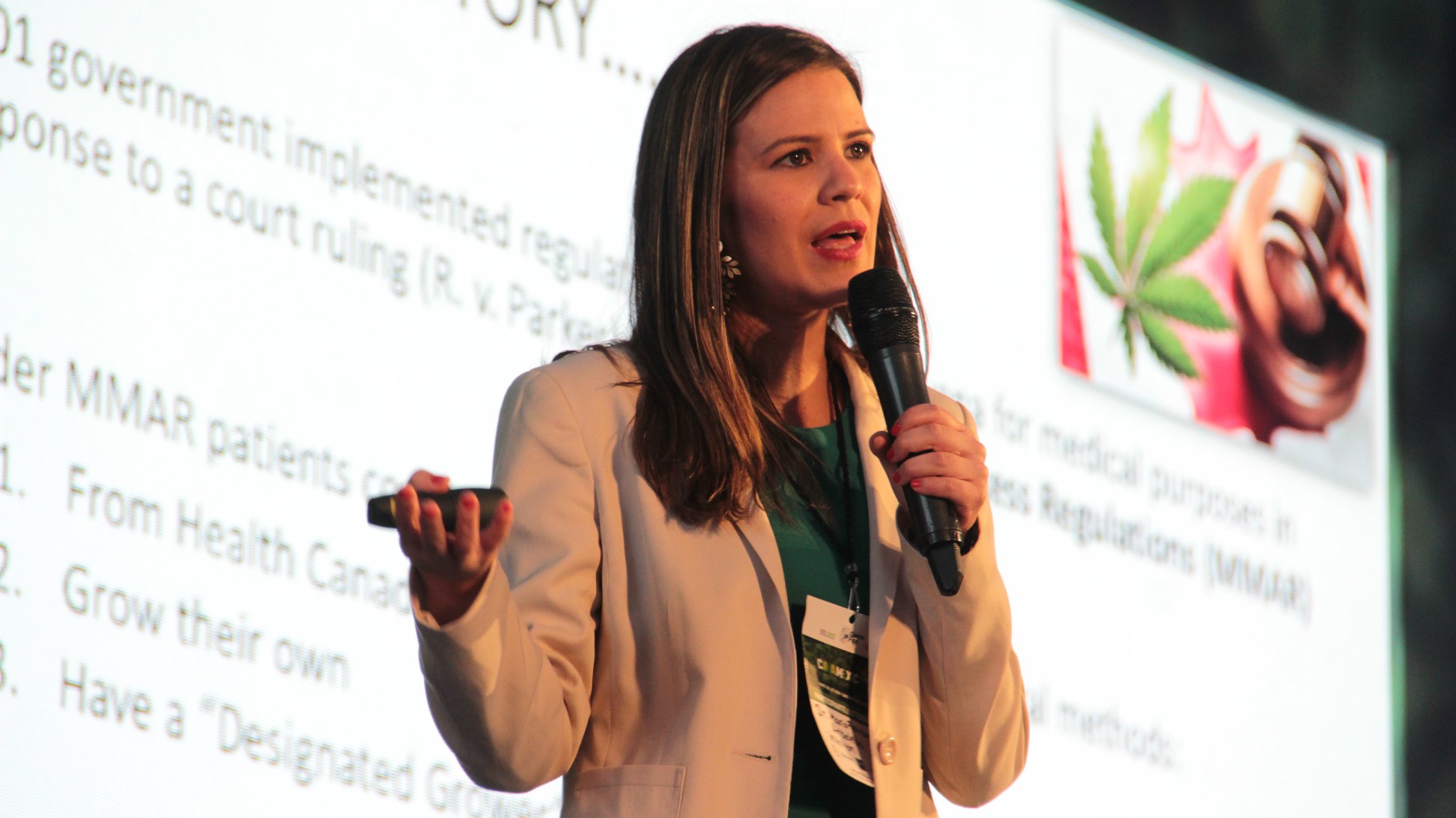 The future is happening, and staying away from innovation will lead us to technological, medical and business backwardness and, above all, allowing violence to continue permeating and taking root in countries with great potential such as Mexico.

The panel on 'The future of cannabis in the sciences' was presented, headed by Dr. Jorge Herrera (Executive Director in the Factory of Plants and Seeds of Antioquia, Colombia), Dr. Mark Paulsen (head of the department of Chemistry at the University of Northern Michigan) and Dr. Francisco Carrasco (surgeon and doctor of biomedical sciences), mentioned that universities have to have a model with medical care and seek to learn more about the science behind cannabis, with more than 5 thousand medical research essays on the innovative benefits of marijuana. 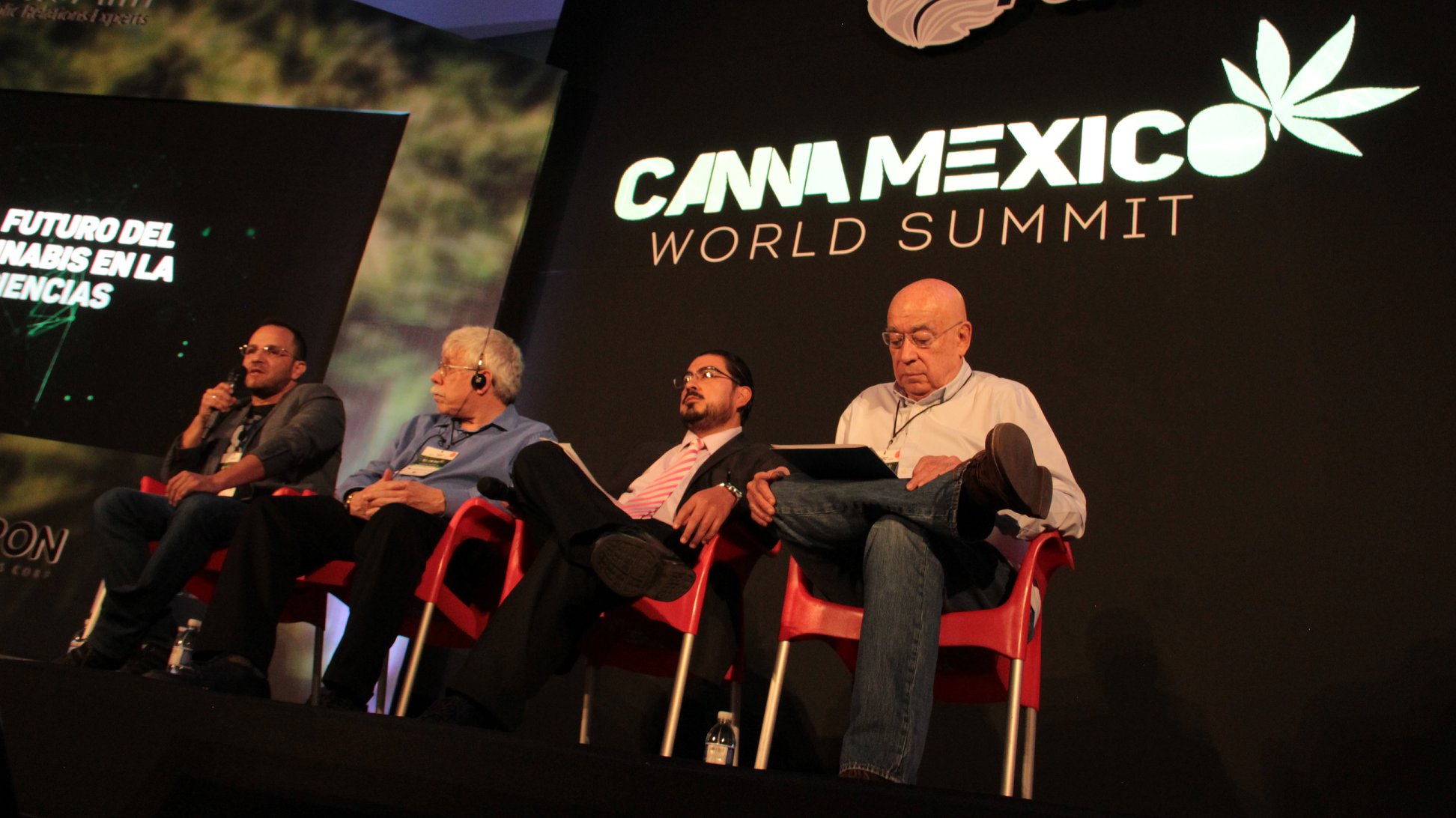 Cheryl Shuman, recently named by Fortune magazine as one of the most powerful women in the marijuana industry, was instrumental in understanding this complex issue. Survivor of cancer and pro-cannabis activist, Shuman addressed especially to investors and financial advisers, inviting to take the reins in the matter and take advantage of business opportunities that the country can provide to the rest of the world, being Mexico the main producer of cannabis. 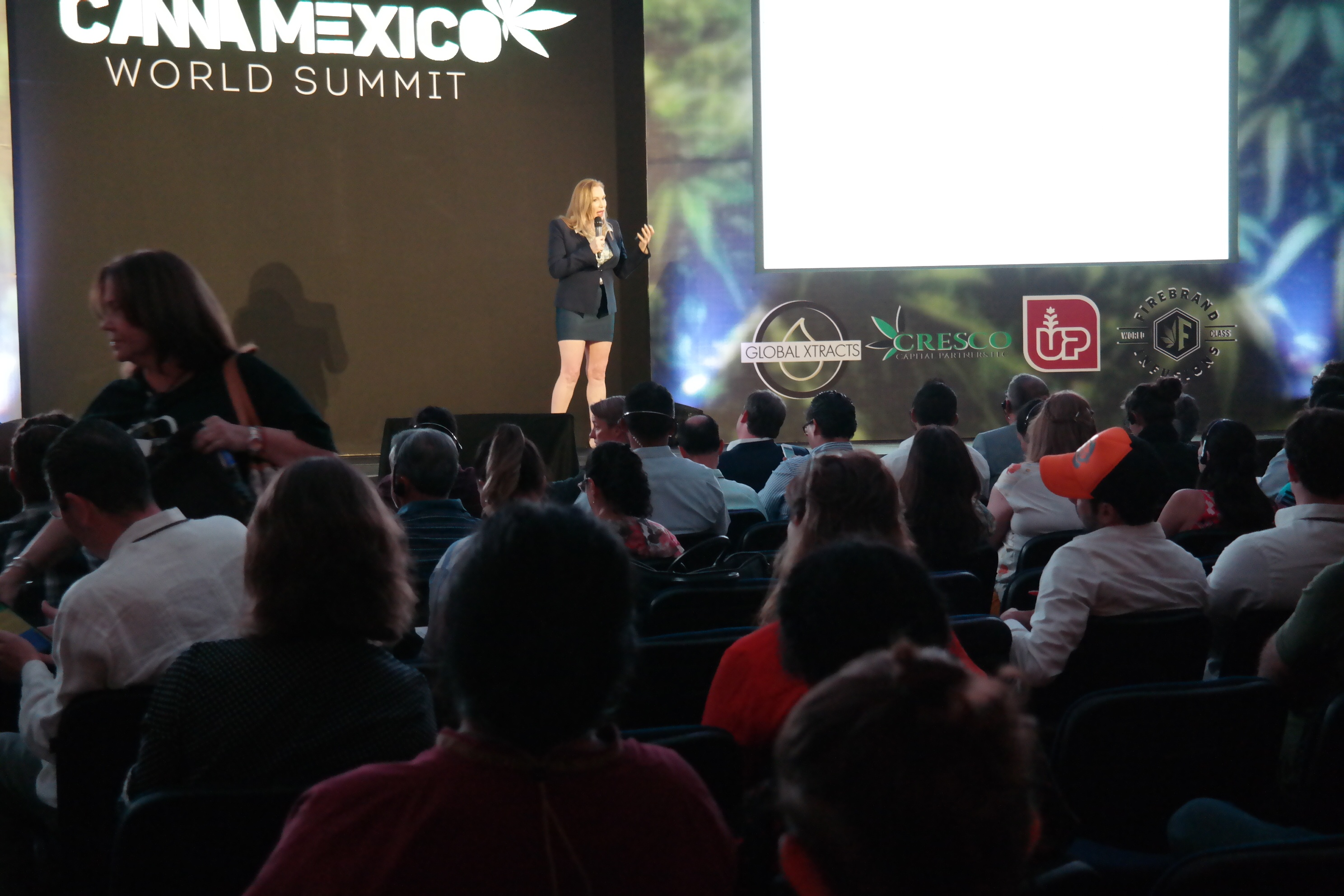 The "Opportunities for Mexico" panel was moderated by Former President Vicente Fox Quesada, with the participation of Matt Hawkins (Founder and CEO of Cresco Capital Partners LLC), Jay Wilgar (CEO and Director of Up / Newstrike) and Leslie Bocskor (President of Electrum Partners). They suggested that different countries are interested in the Mexican market, but the final question is who will be the investors. Former President Vicente Fox, at one point in the conversation, asked the speakers: What is the connection with the industry, and what services do they offer to the industry?, to which they responded with the intention of working with the Mexican government to continue with the development of medicinal cannabis products.

"Mexico needs capital, companies like ours that want to invest in these opportunities in the industry," said Matt Hawkins.

"Taking into account my experience in the Canadian market, with the Mexican companies that will start my advice is to ally with a company that knows what you do not in this industry," said Jay Wilgar.

"In the United States, software and technology has developed a lot, since the entire process must be tracked, foreign investments in this industry are going to be left over once there is federal regulation," said Leslie Bocskor.

In the panel that closed the event, the way of prohibiting the legitimacy of a responsible audience was discussed. It was attended by Fernando Belaunzarán (Former President of the Organizing Committee of the International Forum on Drug Policy), Santiago Roel Rodríguez (consultant and activist, creator of the Traffic Traffic Light methodology, with more than 25 years of experience in processes of change, administrative reform and reduction of criminal incidence) and Juan Francisco Torres Landa (Secretary General of Mexico United Against Crime and member of SMART, AC).

It was a panel convinced that the legal battle for the legalization of marijuana will end a "failed war" significantly, stopping drug trafficking and the current crime facing the country. "Since 2006, 20% of the homicides were executions, and this year we are at 84%", said Santiago Roel, who is greatly shocked by this issue.

On several occasions, the letters on the table did not take long to emerge as harsh calls for attention to the controversy of legalization: "Why do you think that politicians do not touch the issue? for cowards and corrupt, and you businessmen, why do not you touch it? For corrupt or cowardly?", Belaunzarán questioned. 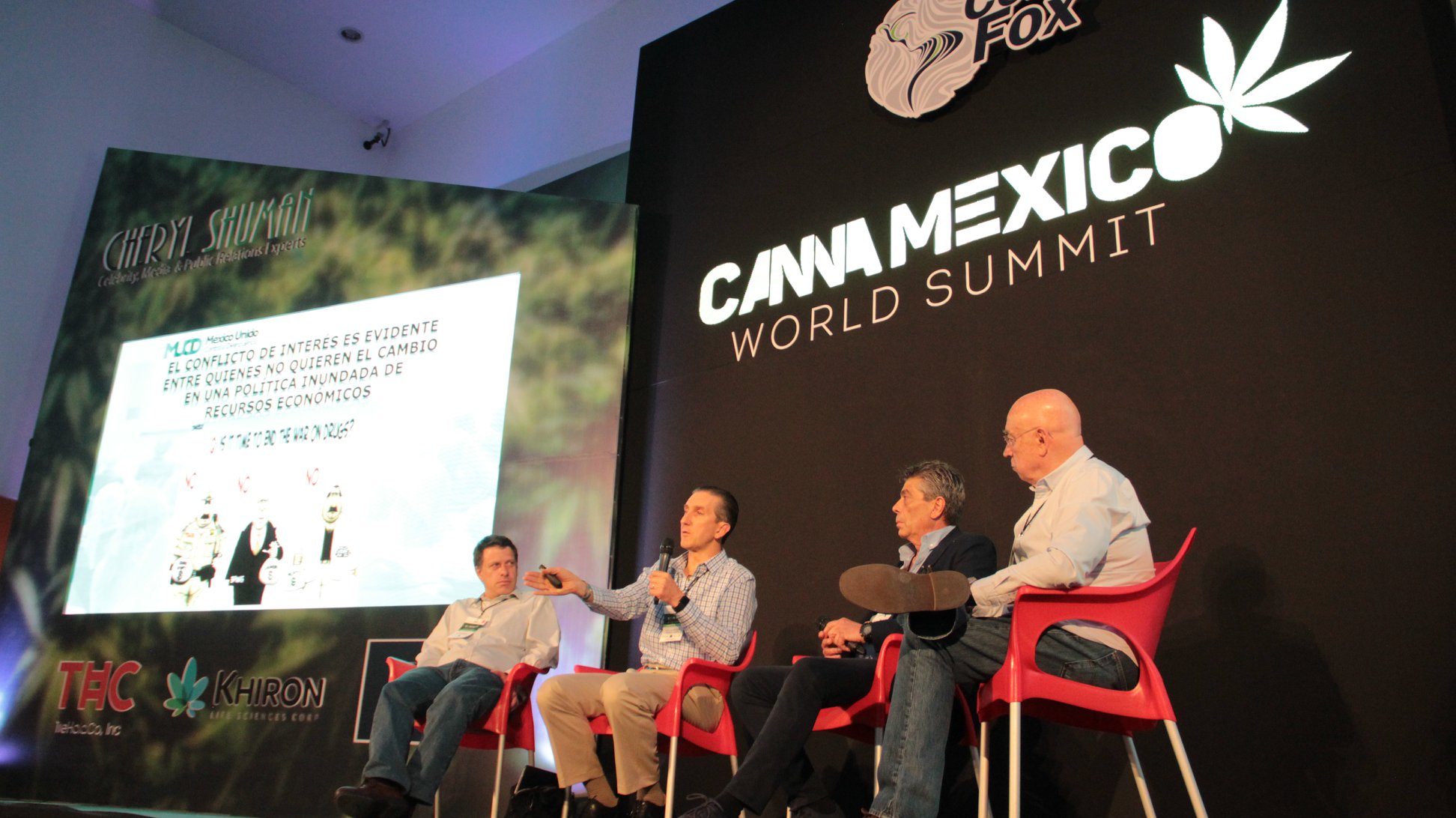 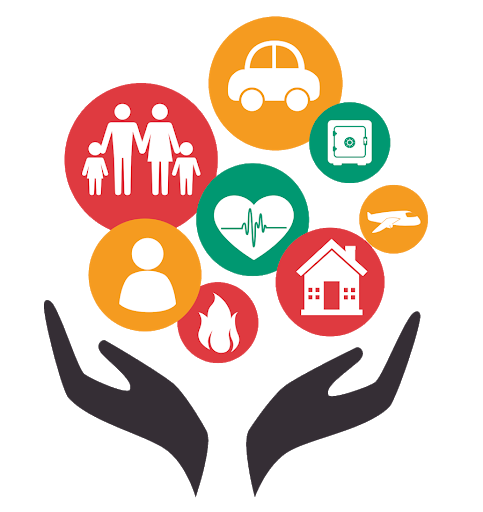 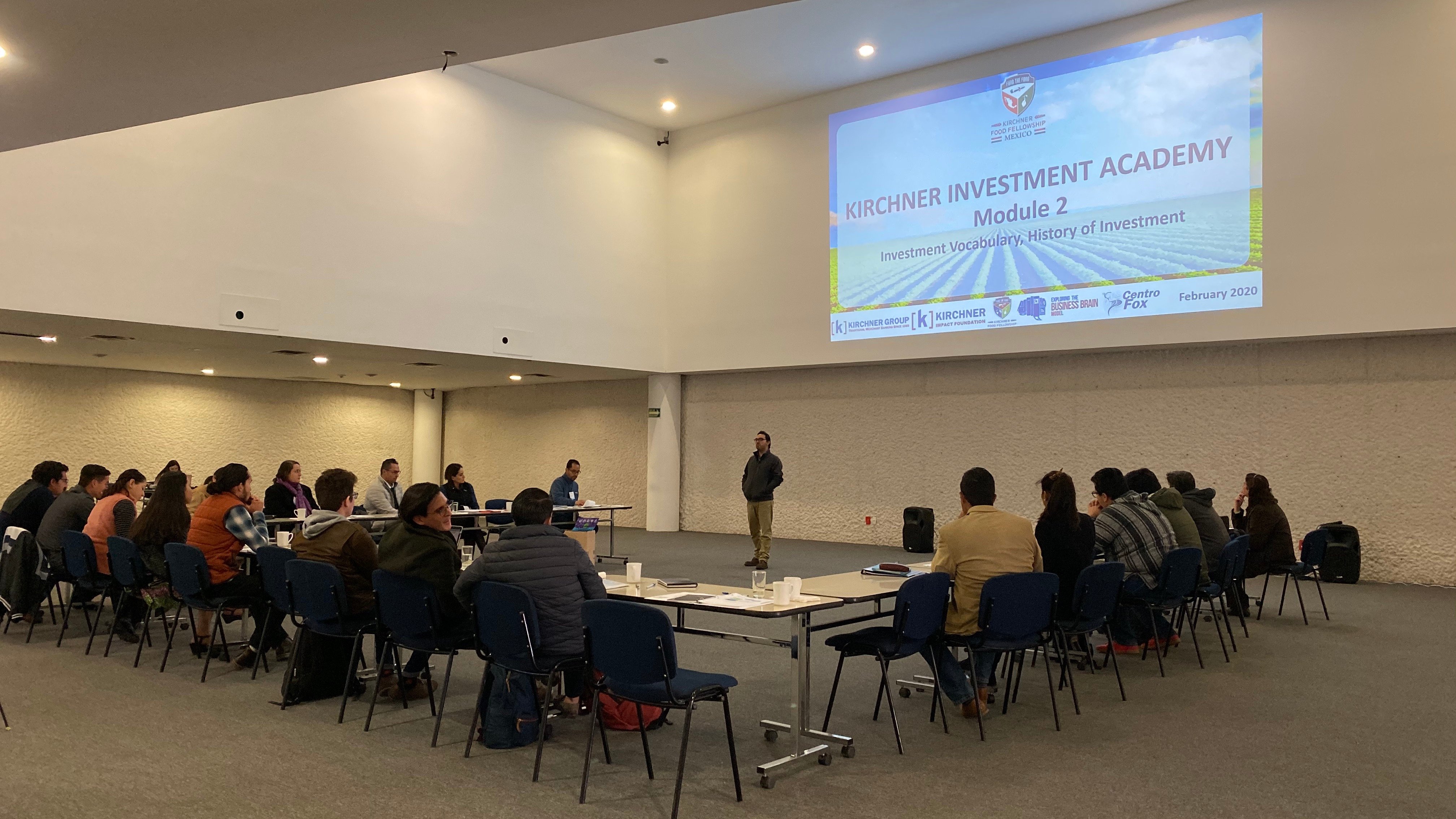 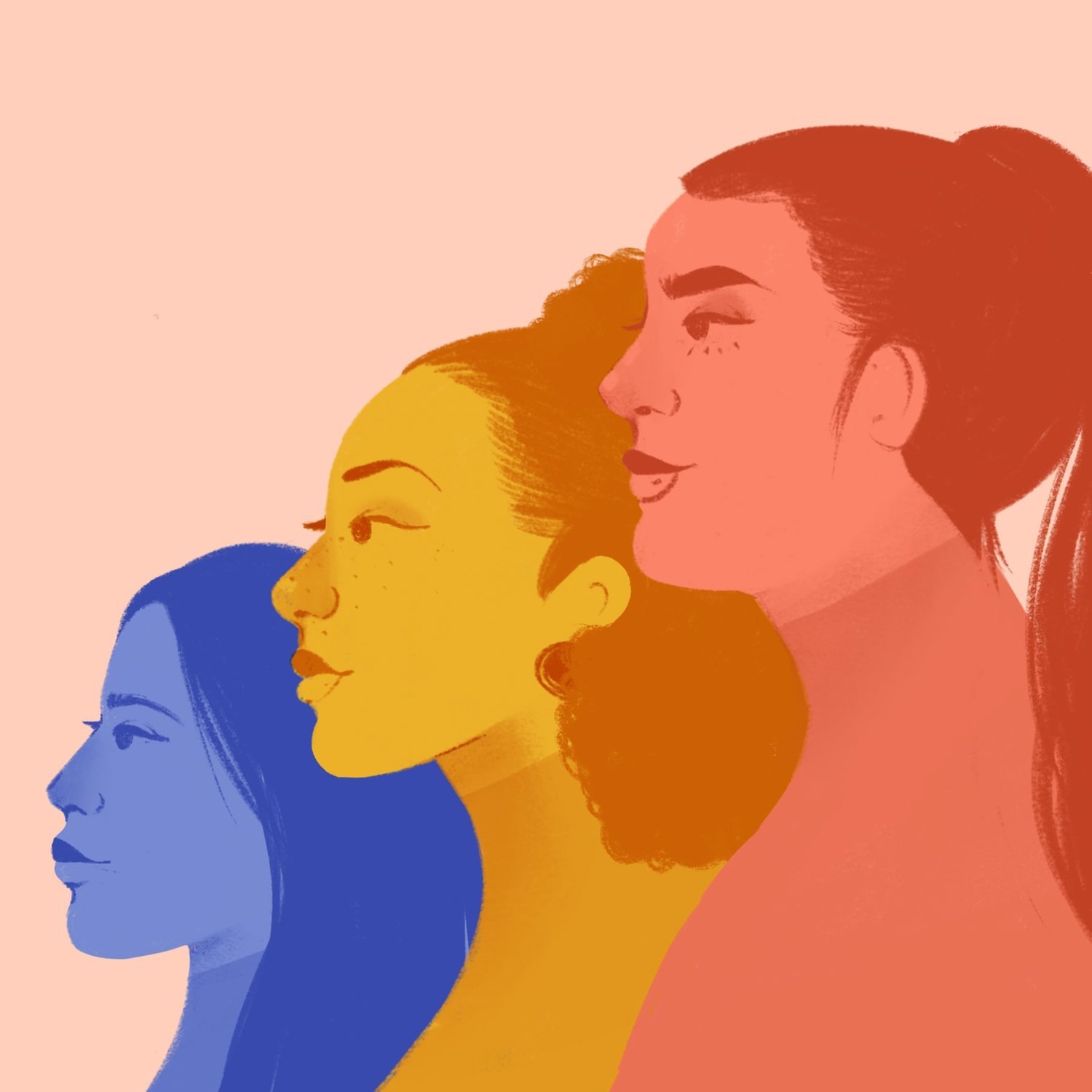 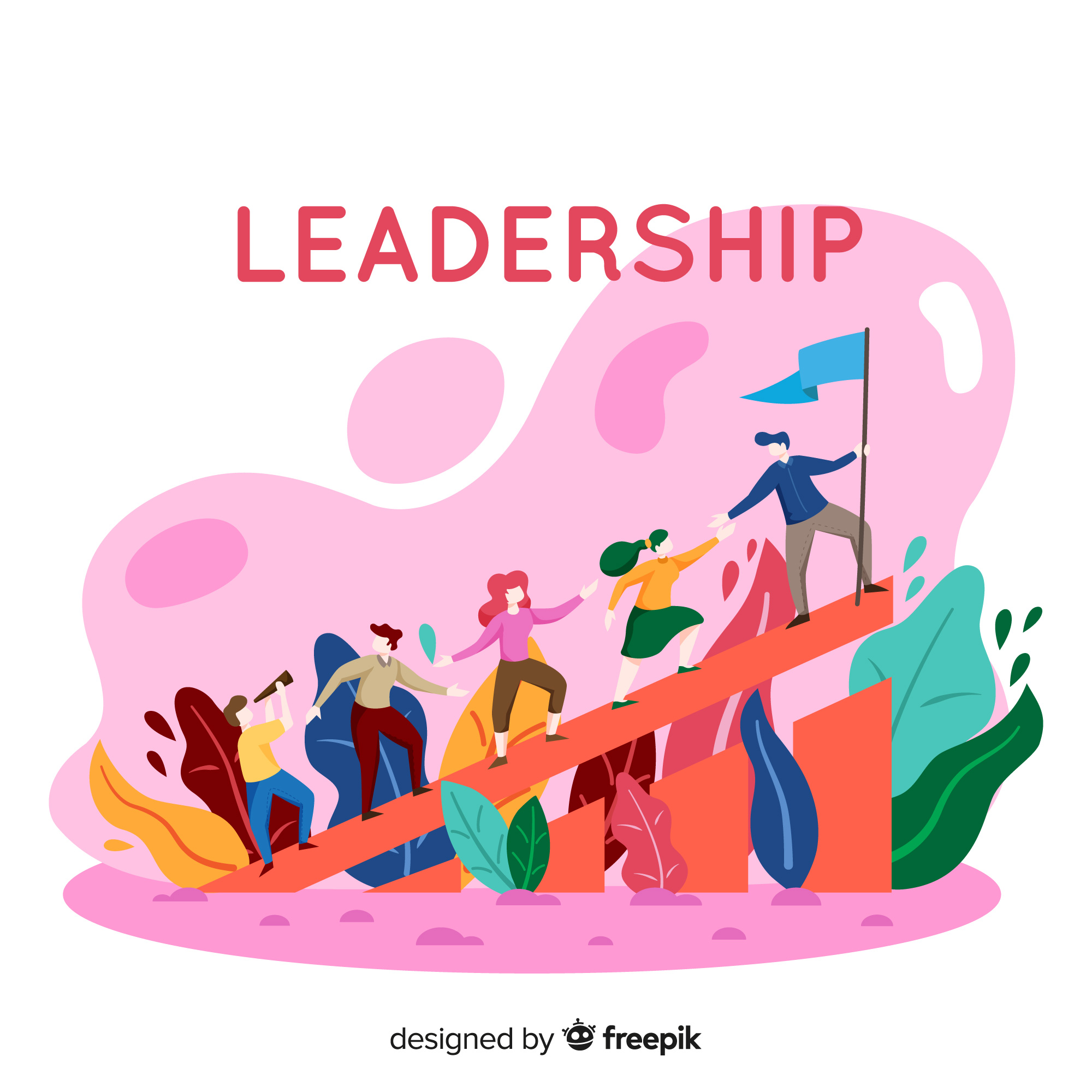 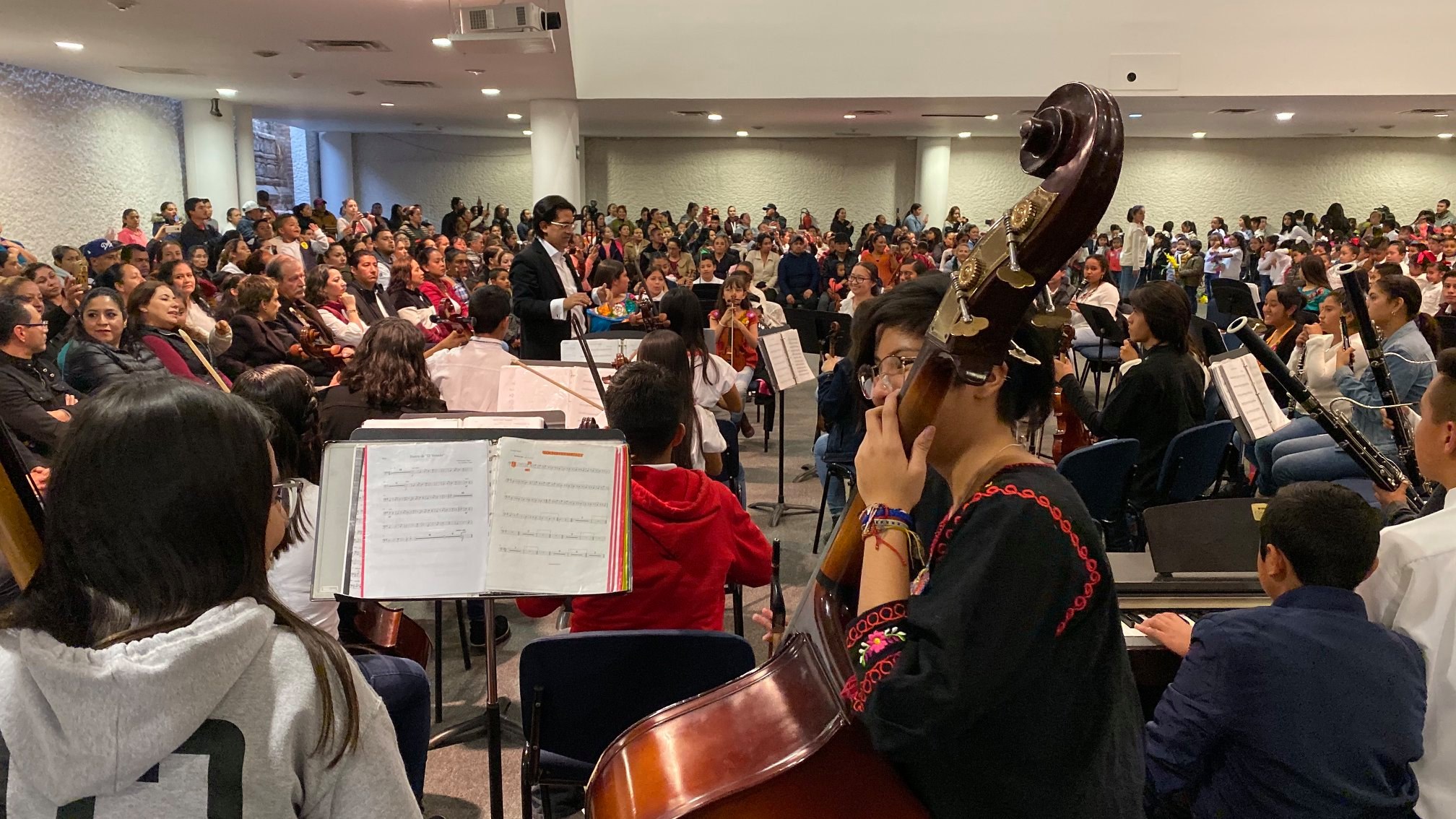